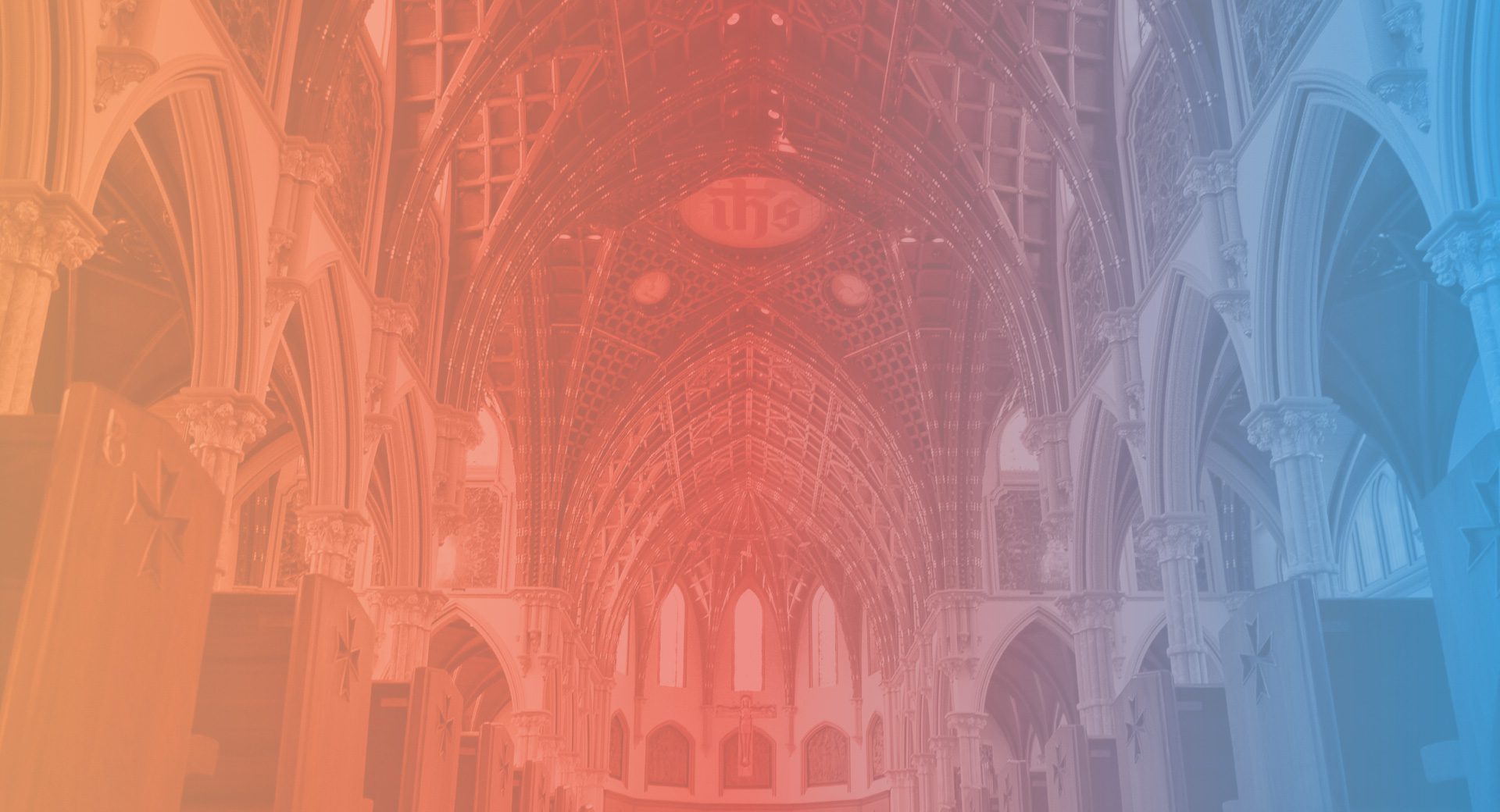 In the first two decades of the Twentieth Century, the Catholics living in Port Neches had a rough time practicing their faith. What now takes about fifteen or twenty minutes to travel from downtown Port Neches to Beaumont or Port Arthur, then took several hours on dirt and shell roads. The Catholic families of Port Neches had the choice of either St. Mary Church in Port Arthur or St. Anthony Church in Beaumont, but both were difficult to reach and many times the families were forced to miss Sunday Mass and the sacraments.

By the early 1920s though, Father Fred Hardy arrived in town and began saying Mass in the Liberty Theatre. On June 8, 1922, Father Hardy signed a sale agreement for ten lots on Avenue B for $14,000 which he bought from Xavier and Henry Christ. Nine of the ten lots were vacant and on the tenth lot was a two story house which became the convent.

A contractor was hired to oversee the construction of the buildings. Most of the labor was donated and much of the lumber was either donated or salvaged from other buildings. The organ was second-hand also. It was a large pipe organ that had formerly been installed at St. Marys Cathedral in Galveston. At one point during construction, a pile of lumber on the church property caught fire and burned. It was thought that an increasingly anti-Catholic organization had set it ablaze. Parishioners took turns standing guard at night during the rest of the construction.

Once the Church building was completed, the church family became more organized including the parish choir, St. Catherine School, named for the mother superior (not to be confused with St. Catherine of Sienna School in Port Arthur), and a local council of the Knights of Columbus.

St. Catherine School opened in 1922 and was served by the Dominican Sisters. Over the years the number of grades fluctuated with the enrollment.

In 1939 St. Elizabeth received its second pastor, Father Cornelius P. Sullivan when Father Hardy left to become the first pastor of St. Charles Borromeo in Nederland, which was previously a mission of St. Elizabeth. In addition to St. Charles, Father Hardy also founded Immaculate Conception in Groves and St. Therese, the Little Flower of Jesus in Port Acres, both of which were also missions of St. Elizabeth for a number of years.

Under Father Sullivan, the church family grew as did the organizations. The first Altar Society began with Mrs. L.B. Kramer the first president and Effie Hebert as secretary-treasurer. The Altar Society not only worked for the parish family, but the community also. As an example, in 1942, members helped the Red Cross by knitting clothing articles.

During WWII and the years following, many towns in Southeast Texas grew with the additional work in the shipyards and refineries. The congregation at St. Elizabeth also grew and soon began to outgrow its current facilities.

In 1954, Mr. and Mrs. H.P. Robin, Port Neches merchants, gave a deed to Father Sullivan for five acres of land on the corner of Nall (Hwy. 365) and Gulf St. The only stipulation was that a sanctuary be built on the property within five years. Planning soon began on a new parish plant. Before the dream could be realized for Father Sullivan though, he died of a heart attack on January 19, 1955. Just Two days before the Knights of Columbus had honored him for his service as their chaplain and for his many other contributions.

Father Patrick J. Hickey was next assigned to St. Elizabeth. During his twenty-three year pastorate, much progress was made, beginning with the building project. Father Hickey and the parish community were now faced with the task of financing the new church building and were soon blessed by the generosity of Mr. and Mrs. Wilton P. Hebert who mad a substantial donation toward financing the building of the church and a hall. Today, the hall is named in honor of Mr. and Mrs. Hebert.

The new church complete with furniture and fixtures, cost $125,00 seating almost six hundred with another ninety in the choir loft. David Cargill, a Beaumont artist, did much of the artwork and carvings in the church as well as all of the beautiful stained glass windows.

Bishop W.J. Nold of Galveston dedicated the church on March 3, 1957. The dedication was preceded by the blessing and the laying of the cornerstone. They main altar was constructed from marble and the Stations of the Cross are gypsum figures on marble slabs.

The building project continued and in 1960 a new school building was completed and the school was renamed St. Elizabeth School. In the following years an auditorium, convent and chapel were completed, with much of the work being done by volunteers from the parish. Dedication was held in May 1965. Cargill also worked on the chapel artwork. Construction of a rectory soon followed in 1969. The school closed in 1970 citing declining enrollment and financial difficulties.

After the school was closed, the buildings were retained for Religious Education classes and other parish activities. The convent, which was attached to the school, was converted into the Parish Offices which housed the different ministry offices of the parish as well as several diocesan offices.

Renovations to the church began in July 1990. The blessing and rededication ceremony was February 11, 1990, with Bishop Bernard J. Ganter presiding. Renovations included a new baptismal pool, paint and carpeting as well as the installation of new kneelers. The renovation plans also provided for an addition of a reconciliation room for the Sacrament of Reconciliation. Also, the music area downstairs was improved to better serve the choir and the assembly.

In 1993, St Elizabeth received a new pastor, Father Jim Courville. While Father Courville was at St. Elizabeth, the parish continued to grow and prosper especially in the area of youth ministry. St. Elizabeth CYO was known throughout the diocese for their service to the community and to the church.

In 1995, St. Elizabeth received their next pastor Father Bennie J. Patillo. Under the leadership of Fr. Bennie, St. Elizabeth continued to grow and thrive. During his tenure Fr. Bennie fostered the spirit of what it meant to be a church family and not just a congregation. In 2008, Fr. Bennie oversaw the recovery of the parish after Hurricane Ike, which significantly damaged the parish offices and religious education building. The first Sunday returning from evacuation, still without electricity, Mass was celebrated in the parking lot for parishioners who had began returning for the recovery efforts in the area. During his time at St. Elizabeth in 2012 Fr. Bennie was also elevated to Monsignor after his 42 years of service in the Diocese of Beaumont. Fr. Bennie retired as pastor in November 2014 after serving St. Elizabeth for 20 years and was named Pastor Emeritus.

Father Shane Baxter was installed as Pastor in November 2014 and continues the work of his predecessors. Currently there are over 400 parishioners who are involved in Parish Ministries and are dedicated to serving not only the parish family, but the community as well. St. Elizabeth is known throughout the diocese for their service and their warm and welcoming spirit. Having grown and becoming one of the largest parishes in the diocese serving almost 1300 families, St. Elizabeth continues to be an active and vibrant parish.
However, our story has not ended. Let us remember what St. Paul reminded the Corinthians when he wrote, YOU are the temple of the living God.

We are all called to a
personal relationship with Jesus